BID and COLLECT on CONTEMPORARY ART AUCTION - the source for art collectors for buying art online. Our mission is to connect buyers with Art Lovers who are searching for selected and curated art. We provide online art auctions for contemporary and modern artworks. Discover a wide range of original art - paintings, drawings, prints, objects and photographs by known visual artists. Each auction listing provides comprehensive information about the artwork, including images and a detailed artwork description to assist you with your decision to bid. Buy Original Art and express yourself with an unique peace of art created by one of the talented artist. 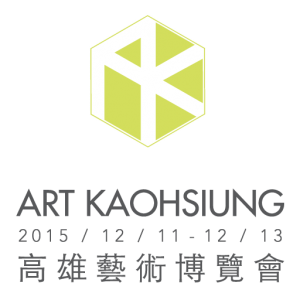 Kaohsiung is located in the center of northeast and southeast Asia. As the second metropolis in Taiwan, it is awarded with Livable Communities Award endorsed by the United Nations Environment Program (UNEP) and International Association of Amusement Parks and Attractions (IAAPA). Kaohsiung is recognized as Miami in Taiwan.

ART KAOHISUNG was first launched in 2013 and expanded its scale in 2014 in number of exhibitors and sales amount— from 62 exhibitors in 2013 to 92 exhibitors in 2014 and twice the sales amount to 2.7 million in 2014. With the participation of eminent galleries from Japan, Korea, Singapore, H.K., Germany, Swiss, Russia and Vietnam including Tomio Koyama Gallery, Whitestone Gallery, Sincewell Gallery from Kaohsiung, Soka Art Gallery from Tainan, Liang Gallery from Taipei, and Aura Gallery, the Collector Plan tailored by the Committee successfully receiving 300 significant collectors around Taiwan and achieving a remarkable sales amount with 11,000 visitors. The cooperative projects with active art fairs in Osaka, Singapore, and Seoul also injects vitality and International resources to ART KAOHSIUNG.

In 2015, the positioning of ART KAOHSIUNG is the platform where the arts of Southeast and Northeast Asia converge, where the boundary lines of arts is eliminated and where all the art forms can be fully realized. Extending from Asia, ART KAOHSIUNG this year cooperates with art fairs in Cologne, Seoul and Osaka in special curatorial projects in order to broaden the horizon of art scenes in Taiwan. It is estimated that 110 exhibitors around Asia, Europe and U.S. will be joining ART KAOHSIUNG 2015. Renowned for its abundant history of harbor and charm of enthusiastic hospitality, Kaohsiung with guests around the globe is ready to accomplish the biggest annual art festival in Southern Taiwan.

all informations are given without guarantee of correctness, please have a look  to the  direct webpages to confirm the art fair dates

By continuing to use the site, you agree to the use of cookies. more information